Amec Foster Wheeler has officially announced that it has been awarded a contract by Saudi Aramco, for facilities required as part of the integrated oil and gas expansion of the Marjan offshore and onshore oilfield in the Eastern province of Saudi Arabia.

This award supports the continued development of Amec Foster Wheeler’s capability and capacity to deliver in Saudi Arabia. 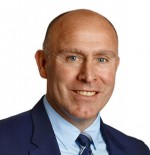 “We have played a key role in many of Saudi Aramco’s major upstream and downstream investments. With our successful track record with Saudi Aramco stretching back more than 50 years, this latest award for this major oilfield expansion programme is a real vote of confidence in our technical expertise and our ability to deliver large and complex projects, plus our long-term commitment to local development. Nick Shorten, President, Upstream Capital Projects, Amec Foster Wheeler”